Scott Field, the second oldest college football stadium in the Football Bowl Subdivision, has been the home of the Mississippi State Bulldogs for more than a century. In 1914, a new stadium for the football program was constructed to replace Hardy Field. Originally, Scott Stadium was a relatively small stadium with a seating capacity less than 20,000. It was named after Don M. Scott, an Olympic sprinter and one of the first football stars for the Bulldogs. Two expansions occurred at the stadium during the first half of the 20th century. Additions occurred in 1936 and 1945 when the seating capacity was increased to 35,000. For the next three decades, little changed at Scott Field. Before the 1983 season, the seating in the endzone was removed decreasing the capacity to 32,000.

The first addition in more than four decades was completed prior to the 1986 season. A $7.2 million expansion project including increasing the stadium by nearly 9,000 seats was completed. This included the upper deck and sections of seating on both sides of the east side. A new video/scoreboard was added to the stadium prior to the 1997 season on the north side. In 2002, donor, Floyd Davis Wade, helped fund a $30 million project that included the addition of 7,000 seats in the upper deck, 50 luxury suites and 1,700 club seats. The stadium was named in honor of Davis and the facility is now known as Davis Wade Stadium at Scott Field. Today, Scott Field has a seating capacity of just over 55,000 consisting of double decked grandstands on both sides of the gridiron. One of the largest HD video/scoreboards, 111 ft. by 47ft., in college football is located in the north endzone. Additional seating is located in the endzone. Fans attending games at Scott Field between 1998 and 2000 saw the Bulldogs go undefeated as they won 16 consecutive games. In 2012 Mississippi State announced plans to expand Scott Field by 6,000 seats by the 2014 season. Nearly 2,500 bleachers were removed from the north endzone, replaced with 7,000 bleacher seats and 1,500 club seats increasing the seating capacity to 61,000. Completed by the 2014 season, this project also included a new video/scoreboard, upgraded concourses, restrooms and concessions. 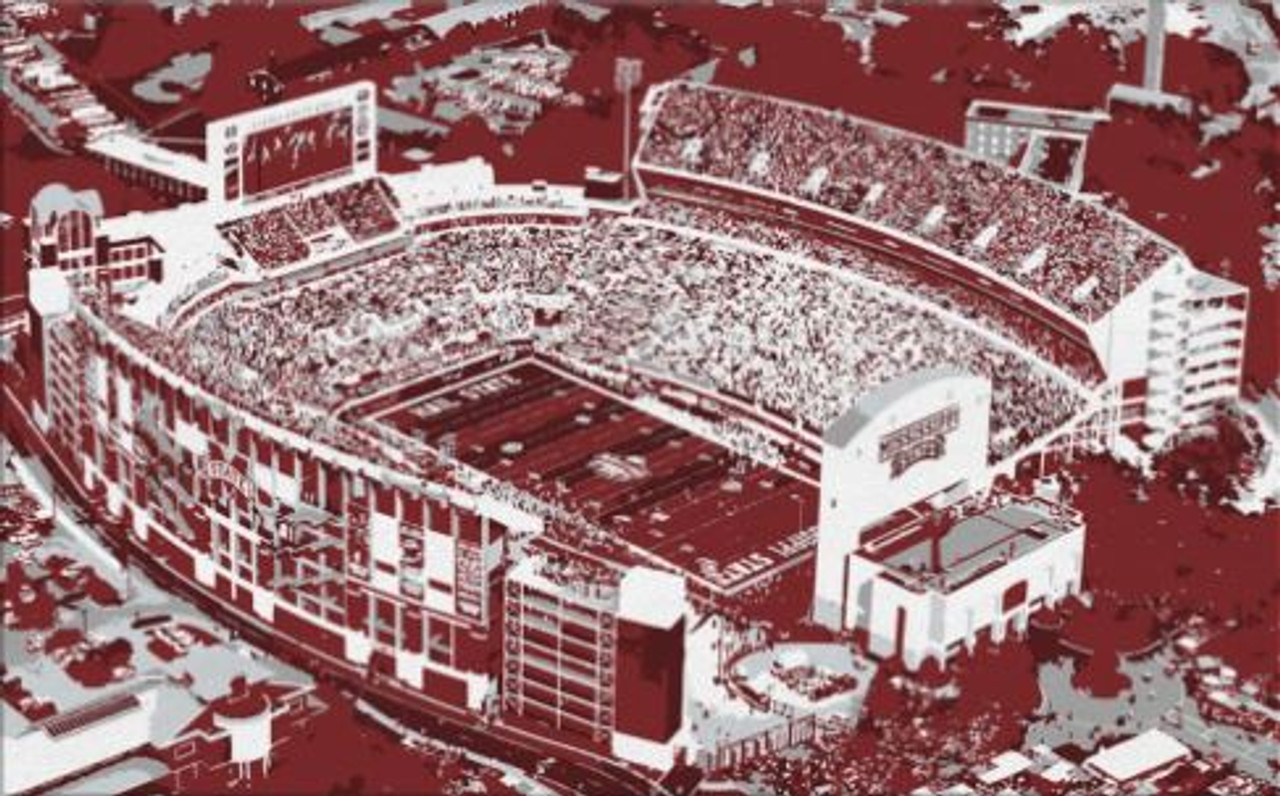