It’s…A beautiful day for football,” announced at every Spartan football game, no matter the weather, is just one of many traditions found at Spartan Stadium. In the early 1920s university officials decided to construct a new stadium for the football team to replace Old College Field. Completed by the 1923 season, the new stadium for the Spartans had a seating capacity of 14,000. As the team grew in popularity, so did the stadium. In 1935, the seating capacity was increased to 26,000 and the facility was named Macklin Field after former football coach John Macklin. Thirteen years later the stadium’s capacity nearly doubled and by 1956, the stadium had a seating capacity of 60,000. 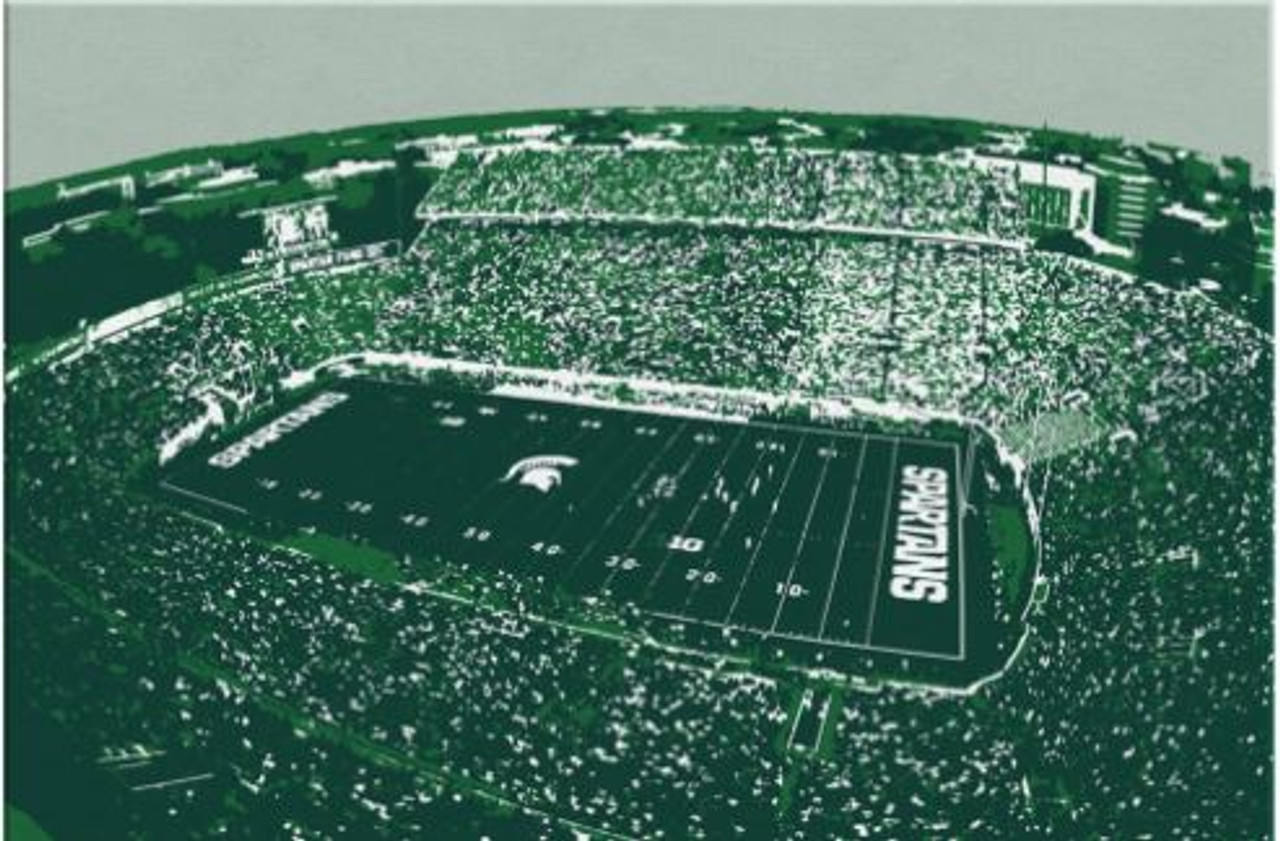