Having been the home of the Jayhawks for since 1921, Memorial Stadium is a quaint stadium in the heart of Kansas. Prior to moving into Memorial Stadium the Kansas Jayhawks played at McCook Field. Like many other teams during this time, the team outgrew their stadium. By 1920 fans, students and faculty began to push for a new stadium for the team. Led by Dr. F.C. Allen, construction began in early 1921 and was completed the following Fall. Legendary UCLA basketball coach John Wooden helped build the stadium in 1921 when working for Kansas legend Phog Allen. Opening on October 29, 1921, the Jayhawks battled Kansas State. Memorial Stadium was dedicated to the University of Kansas students who fought and died in World War I. The stadium consisted of grandstands on both the east and west sides of the field that could seat 22,000 fans.

Little time passed before Memorial Stadium was expanded. In 1925, the east and west grandstands were extended to the south end zone. Two years later, stands on the north side of the field were constructed, giving Memorial Stadium its horseshoe shape, seating 35,000.  The next expansion was 35 years later, when the west side grandstands were expanded and a new press box was constructed. In 1965, the stands on the east side were expanded, allowing 51,500 fans to watch Jayhawk games. In the 1970s, Astroturf replaced the grass field and Memorial Stadium underwent structural repairs including the press box being renovated. The stadium acquired its current capacity after the bleachers in the south end zone were removed and replaced with permanent stands in 1992. Prior to the 1999 season a new press box with 36 luxury suites was constructed and a new video/scoreboard was placed in the south end zone. Prior to the 2009 season, Fieldturf was installed at Memorial Stadium. In September 2017 Kansas unveiled plans for a $315 million renovation for Memorial Stadium. This project included the addition of an indoor football practice facility, enclosing the stadium in the south endzone with premium seating, improvements to the west side grandstand including the renovation of the suite tower, new video boards in the north endzone and expanded concourses. 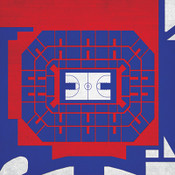