Sanford Stadium is home to the University Georgia Bulldogs, however, fans from around the world may not know that it is a football stadium.  How could this be you ask?  Sanford Stadium played host to the 1996 Olympic Games for the medal round of the finals in soccer which was watched by over three billion people worldwide.  But for those who are passionate about their football in Athens (Georgia that is) Sanford is home to one of the most exciting stadiums in college football.  With 92,746 seats filled to capacity every game, one of the largest on campus stadium in the country provides a comforting environment for the Bulldogs and a frightening experience for first time visitors.

Football has been a part of UGA since 1892, when the team played at Herty Field. In 1911, Georgia President, Dr. Steadman V. Stanford, moved the Bulldogs games from Herty Field to a centralized location on campus that was named Stanford Field. Georgia’s rival with Georgia Tech in the 1920s led to a new stadium being constructed for the team. These rival games were played at Georgia Tech’s home, Grant Field because Stanford Field was not large enough. UGA wanted a stadium that would rival Grant Field, so they began raising money for construction, led by Dr. Stanford. Built at a cost of $360,000 Stanford Stadium opened on October 12, 1929 when Georgia played Yale before 30,000 fans.

Perhaps the trademark of the stadium are its two most recognizable features, Sanford Field’s famous hedges surrounding the field and their mascot Uga, a white bulldog. The hedges have enclosed the field since 1929 and games are often referred to being played “Between the Hedges.” Uga, the English bulldog has been the mascot of Georgia since 1956 and is present at every home game. Deceased Ugas are interred in a mausoleum at the southwest corner of Sanford Stadium.

The enormous home field advantage has not come cheap over the years, with an estimated $71 million price tag over the years. There have been six major expansions over the years in  1949, ’64, ’67, ’81, ’91 and 2003. These expansions enclosed Stanford Stadium, added an upper deck and also added luxury suites. The latest addition to Sanford Stadium was added before the 2011 season when a new 36 feet by 73 feet HD video/scoreboard was added. The improvements are definitely worth the price as Sanford Stadium has finished in the top seven in attendance 21 of the past 24 years.  With the continued success of the Bulldogs over the past few years, as well as a schedule that is consistently filled with national contenders, these attendance figures show no sign of letting up. 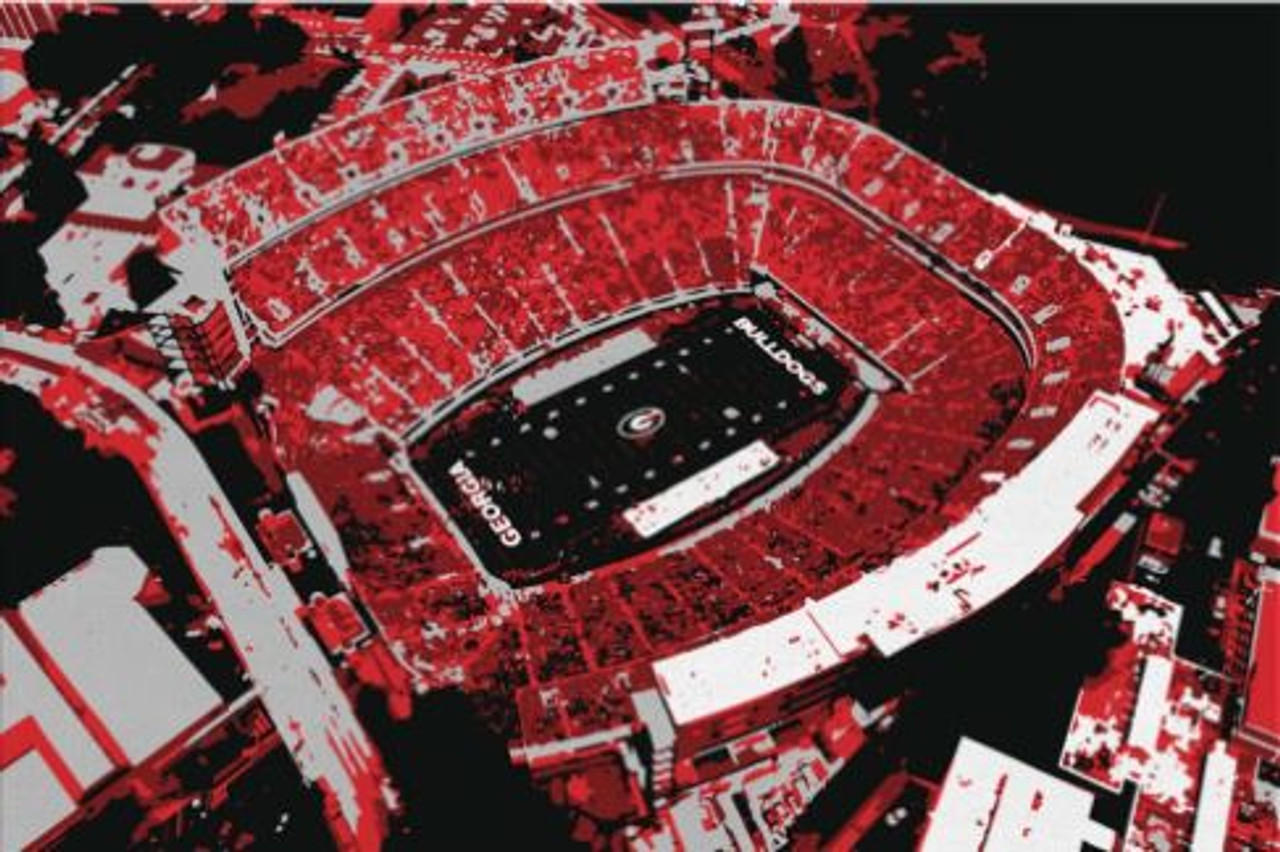 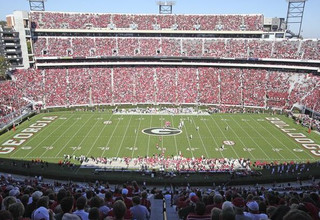 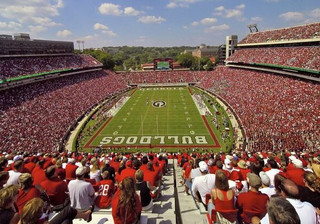