One word describes Michigan Stadium; huge. From the time it opened in 1927 until today, Michigan Stadium has maintained its status of being one of the largest stadiums in college football. Prior to playing at Michigan Stadium the Wolverines played at Ferry Field since 1906 and continually had to expand the stadium as interest in the team grew. With growing support, a new stadium was needed to accommodate fans. Fielding Yost, coach of the team designed a new stadium and the University of Michigan approved construction in April 1926. Built at a cost of $950,000, Michigan Stadium was modeled after the Yale Bowl and was built of steel and concrete. When completed the stadium seated nearly 72,000 fans. Yost designed the stadium so it could be expanded to seat up to 200,000 fans. Prior to its opening in 1927, Yost lobbied the university to add an additional 10,000 seats to the stadium. The university approved and the stadium was completed in October 1927.

The Michigan Wolverines played their inaugural first game at Michigan Stadium on October 1, 1927 against Ohio Wesleyan. The entire single tier grandstand circles the playing field. The official capacity when Michigan Stadium opened was 84,401, an enormous number during this time and was the largest stadium in the nation in 1927. As support for the team grew so did the stadium. By 1928, the capacity was increased to 85,753. In 1930, new electronic scoreboards were added at each end zone. Michigan Stadium was expanded yet again by the 1949 season, when the stadium capacity increased to 97,239. In 1956, a new press box was constructed that increased the seating capacity to 101,001.

Michigan Stadium’s famous blue bleachers and yellow Block M were completed before the 1965 season. Prior to the 1969 season, the grass field was replaced with Tartan, a type of Astroturf. By the 1973 season the box seats located in the first three rows of the stadium were removed and replaced with bleacher seats increasing the capacity slightly. Before the start of the 1991 season, the field at Michigan Stadium was lowered with the installation of natural grass and two new rows of seats were installed boosting the seating capacity to 102,501. Additional renovations were completed in 1997, when seats were added along with new video/scoreboards. In 1998, 5,000 seats where added bringing the capacity to 107,501. Recently, Fieldturf has replaced the grass field. In May 2006, the Michigan Board of Regents voted to construct new luxury boxes and renovate Michigan Stadium. This $226 million renovation project was completed by the 2010 season and included 83 suites, 3,200 club seats, wider seats and isles increasing the seating capacity to 109,901. Before the start of the 2011 season a new 47 feet tall by 85 feet wide HD video/scoreboard was installed at the stadium. Before the start of the 2015 season the seating capacity of Michigan Stadium was reduced by 2,300 seats to 107,601 due to re-configuring for non-football events and installation of hand rails throughout the stadium.

Today, Michigan Stadium is the largest college football stadium in the nation. It is nicknamed “The Big House” because of its enormous size. For over 200 games the Wolverines have attracted more than 100,000 fans and hosted 111,238 fans in a game against Michigan State on November 20, 1999. 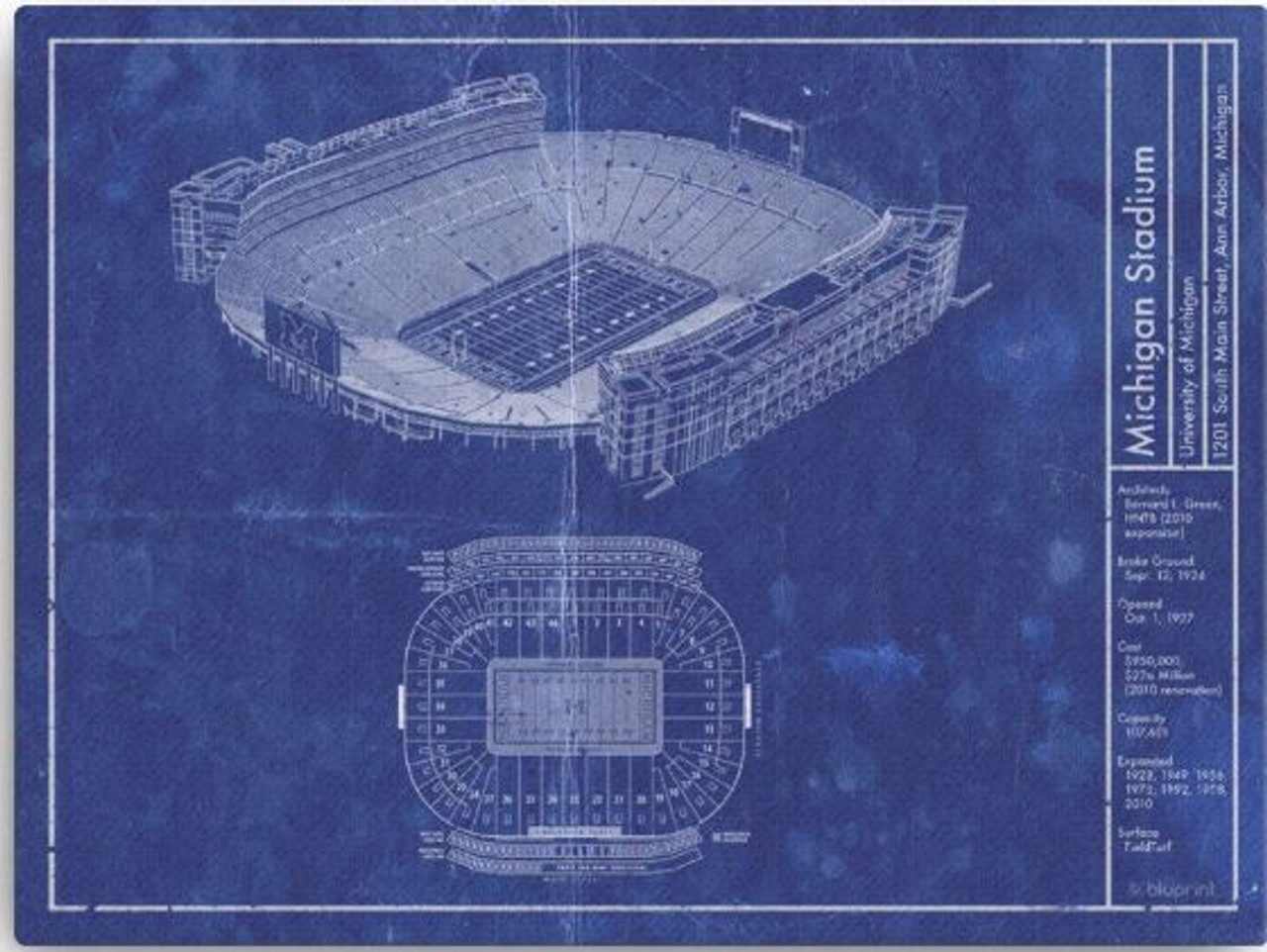 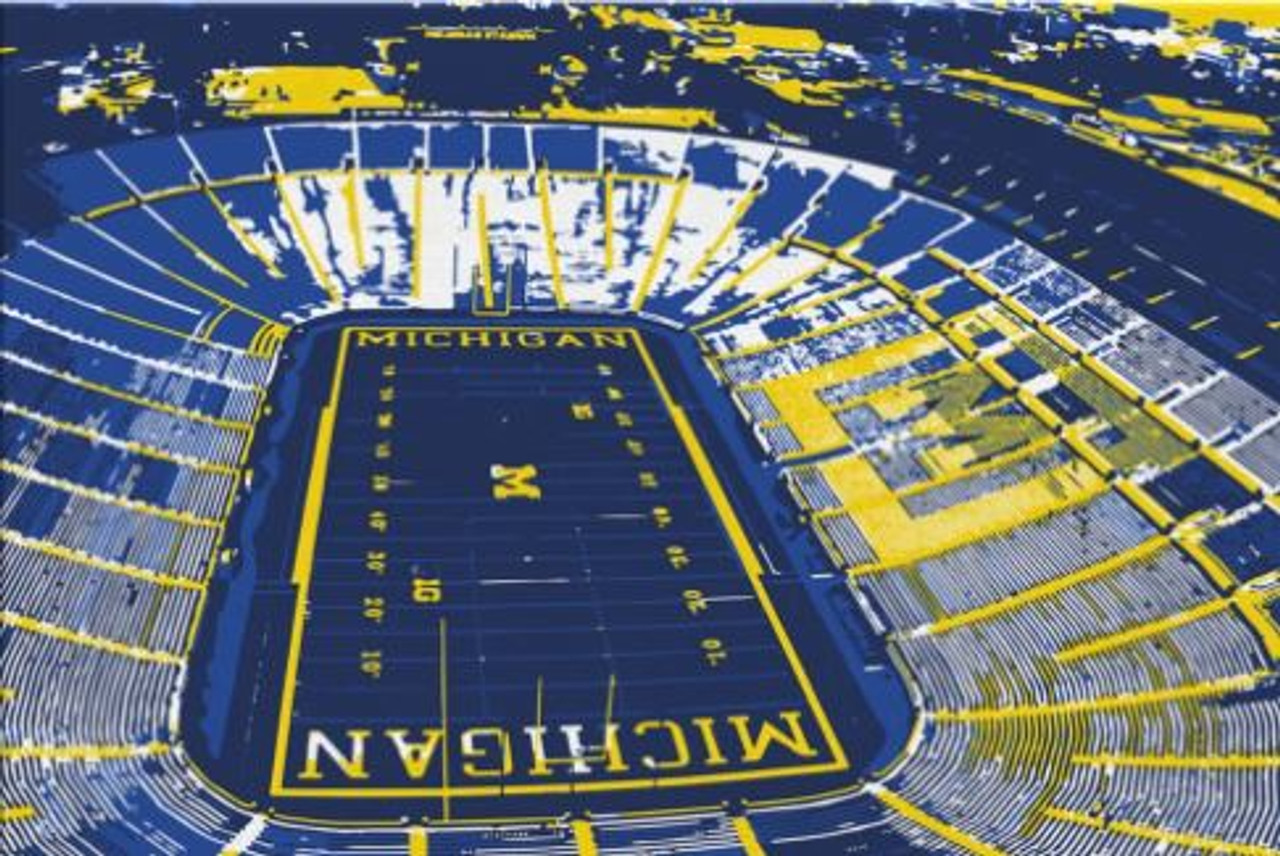