Home of the North Carolina Tar Heels, Kenan Stadium is oftentimes called one of the most beautiful college football stadiums in the country. In the mid 1920s, a new stadium for the North Carolina football program was needed to replace the 2,400 seat Emerson Field. By 1926, donations were accepted in order to build a new facility. After only raising a small portion of what it would cost to construct a stadium, William Rand Kenan Jr. made a significant contribution. He provided financial support to build a new stadium to honor his parents, therefore the stadium was named Kenan Stadium. Construction began in November 1926 and was completed in 1927.

The Tar Heels played their first game at Kenan Stadium on November 27, 1927 against Davidson College. The stadium originally had a capacity of 24,000. However in the 1950s, Kenan gave an additional $1 million for a second deck to be constructed. The upper deck was built in 1963, increasing the capacity to 48,000, the first of many expansions. Additional expansions came in 1979, 1988, 1997 and 1998 bringing the capacity to 60,000.  In 2007 a $2 million scoreboard was installed along with the construction of the Kenan Football Center that houses the Hall of Honor, locker rooms and the Carolinas Football Program. In May 2010, UNC approved construction of the $70 million Carolina Student Athletic Center. This facility replaces the Kenan Field House and provides an academic center, strength and conditioning center, and visitors locker room. Completed by Fall 2011, the expansion also turned Kenan Stadium into a bowl stadium with the addition of nearly 3,000 seats in the endzone, named the “Blue Zone.” In 2018 the metal bleachers throughout the stadium were removed and replaced with individual “Carolina Blue” seats, reducing the seating capacity to 51,000. Prior to the start of the 2019 season the natural grass playing field was replaced with synthetic grass. 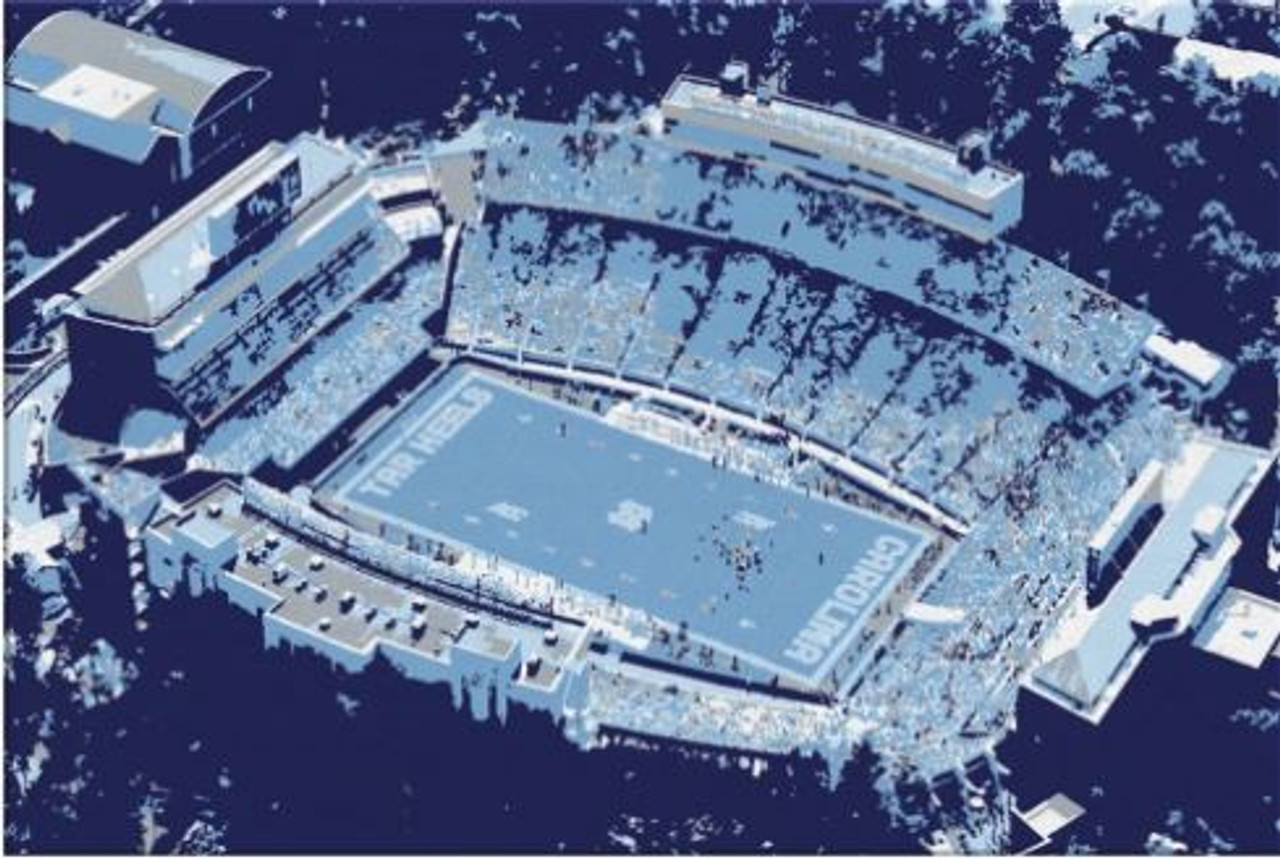