By 2000, the University of Minnesota began studying the idea to build a new stadium for its football program. An initial proposal called for a shared stadium for the Golden Gophers and the Minnesota Vikings. This idea was scrapped because of problems over design and management of the stadium. In December 2003, the university unveiled plans for a new stadium to be built on the campus, near the site where Memorial Stadium was once located. Two years later, in 2005, TCF Financial Corporation bought the naming rights for $35 million over 25 years. It was renamed Huntington Bank Stadium after Huntington Bancshares purchased TCF Bank in 2021. Construction of Huntington Bank Stadium began in July 2007. The $288.5 million stadium has a seating capacity of 50,300 that is expandable up to 80,000. Huntington Bank Stadium features 39 luxury suites, 59 loge boxes and 300 indoor seats. It has a traditional college football stadium look with its horseshoe shaped grandstand that is open on the west end. The 48 feet high by 180 feet wide HD video/scoreboard is located here. Through the open west end, fans can see the campus of the University of Minnesota and the skyline of Minneapolis. The Golden Gophers opened a new chapter in their history on September 12, 2009 when they played their first game at Huntington Bank Stadium against the Air Force Falcons. For two seasons (2014 & 2015) Huntington Bank Stadium was home to the Minnesota Vikings (NFL) as US Bank Stadium was constructed on the same site the Metrodome was located. 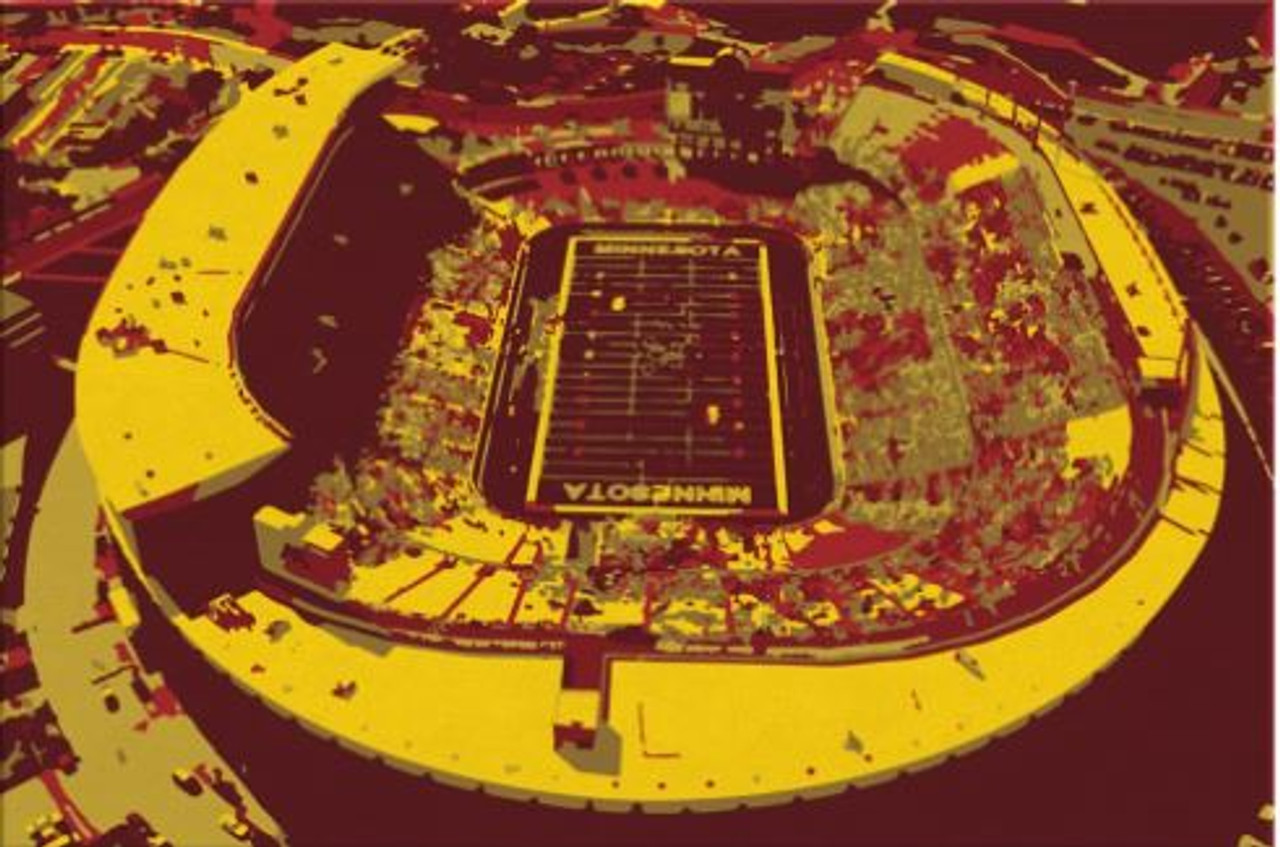